In 2010, I bought a 1994 dark blue Jeep Cherokee, packed all my belongings into a small U-Haul trailer, drove from Vancouver to Calgary to pick up my mom, and then drove with her for ten days across Saskatchewan, Manitoba, and Ontario. Ten years later, recent events have me reflecting on one particular experience we had along the way.

Moose Jaw is a small city of 33,000 people in south central Saskatchewan. You may never have heard of Moose Jaw before, or perhaps only know it as the subject of Canadian geography humour (which is a thing, for those yet uninitiated). In very many ways, it is a typical prairie town — except what lies beneath it. 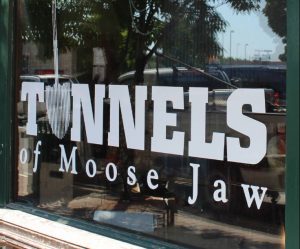 Construction of the tunnels under Moose Jaw originally began in 1908. The purpose was to create an underground steam system, but soon after its construction, the tunnels became a hiding place for Chinese railway workers seeking asylum from inhumane and life-threatening working conditions. These internal refugees and their families, some of whom were also evading the “head tax” for Chinese immigrants, became underground labourers for Moose Jaw business owners. Other new immigrants joined them, sent there by “coulee brokers” to whom they owed debts. These men, women, and children lived and worked in the tunnels, doing laundry, ironing, and cooking restaurant meals for the Euro-Canadians living above ground — towns people who benefited from their labour, while never having to see or interact with them.

Some Moose Jaw historians have attempted to paint a picture of protection, claiming that the Euro-Canadian towns people were sheltering their Chinese-Canadian neighbours from railway and government authorities. While that provides insight on how this situation was rationalized, true protection would have looked like Moose Javians standing up to the authorities and providing asylum to those fleeing persecution. What seems truer is that they instead exploited the vulnerability of the Chinese for their own benefit.

At the time of our visit, it was easy for me to reflect on how much things have changed in one hundred years. What has become obvious for me since then is how much hasn’t.

What has become uncomfortably apparent to me is that I and others who are wealthy (in the global context) continue to benefit from the labour, land, and resources taken from people of colour, people who are largely geographically separate from us, and therefore cognitively invisible. I have had to recognize that I live inside a larger global structure in which poverty and cheap labour in my and other countries is the source of my own wealth and comfort. Because these structures and systems have been in place and evolving for so long — hundreds of years — I even have the luxury of telling myself that I, personally, did not put these structures in place, and therefore am an innocent beneficiary, that this is all an accident of birth.

But this is not an accident. In fact, the system is working as it is designed. The distances between us make it easy for me to be unaware and ignore, but whether or not I like it, my lifestyle and well being are predicated on the invisibility and undervaluing of many, many others, both locally and globally.

The poverty and suffering of people living on reserves and reservations, in ghettoes, shantytowns, and impoverished countries, as plantation and farm labourers, subsistence farmers, domestic servants, low-paid factory and sweatshop workers; the use of police, guards, prisons, and militia to “keep people in their place”, and protect the private property of the wealthy, valuing that more highly than the well being or survival of those “others” — all of this is intentional. 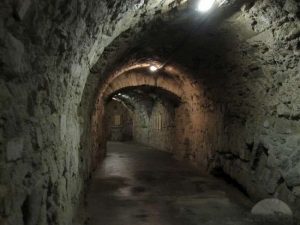 From my experience in Malawi last year, I have to say that even international development work largely tends to sustain and perpetuate this imbalance in power. The wealthy nations that provide project funding also set the agenda and timing of those projects, usually with little understanding of local cultures and impacts. As a volunteer, I received a monthly subsistence allowance that equalled or exceeded most of my colleagues’ wages. My housing, while modest by North American standards, was luxurious by Malawian ones. I had access to excellent private health care services, in sharp contrast to the nightmarish conditions in the nearby public hospital, and largely dysfunctional services in the rural areas.

There are good things that have come from international development projects, and humanitarian aid has saved millions of people’s lives. My intention is not to denigrate this work. But intertwined with it also comes a reinforcement of historical power imbalances and Euro-North American paradigms. In many cases, this work may be enabling corrupt, ineffective governments; leaders who willingly allow large international corporations and a wealthy minority to exploit their citizens and extract their natural resources while these leaders profit from their own positions of power. 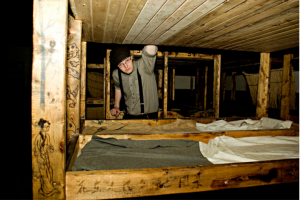 The fact is, we are all living and working inside a large, powerful system that, despite all of our best intentions, hard work, and sacrifices, keeps perpetuating itself; that ensures that indigenous peoples, and most people of colour remain underground, while even the international aid workers intending to benefit them occupy a different space.