A mirror from Malawi

What is it like to step outside oneself and look back, to see oneself as others see you rather than as you see yourself?

After a day of hiking to ancient rock paintings by the Batwa, Ngoni, and Chewa people, we’re now in a rural village where the residents are going to perform Gule Wankula, The Big Dance, for us. The other eight expeditionists are all young, urban Malawians; I’m the only foreigner here. As the dancers and singers prepare and we wait, village children of all ages cluster around me, curious. 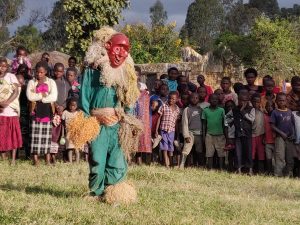 Their clothes are well-worn and tattered t-shirts, pants, and dresses, some badly ripped. Their feet are bare, of course, and they have the range of expressions any group of children would have when faced with a novel stranger: shy, eager, bold, cool, playful. Some of them seem very curious about the black smartphone I have in my hand, and it occurs to me that most of them have likely never seen their own photo.

So I take a picture and show it to them. The effect is dramatic. The viewers are astonished, laugh, point at each other, and then look closer trying to see their own faces. Children on the outskirts press in, and the crowd thickens around me. I move the phone so that others can see, and then after a couple minutes realize that now they are simply looking at their reflection in the black screen, but are still entranced. They’ve probably never even seen themselves in a mirror. I refresh the screen, take another photo, and move the phone around again. I don’t know how long we spend doing this: 15 minutes? half an hour? Their interest never flags.

What is it like to step outside oneself and look back, to see oneself as others see you rather than as you see yourself? Most of us have long since forgotten what it was like to first see ourselves in a mirror or photograph, hear our own voice on a recording, or see ourselves in a home-movie or video.

As I learned about life in Malawi, and with every conversation I had with Malawians about Canada and my life here, there was a part of me that was slowly pulled outside of myself, to turn and look back. Now, since returning from Malawi, I find that part remains outside, seeing myself, my family and friends, Canada, the U.S. from a more distant perspective. But at 57, what I see is not what those children in Malawi saw in their own photos and reflections. What I see feels uncomfortable, unsettling. 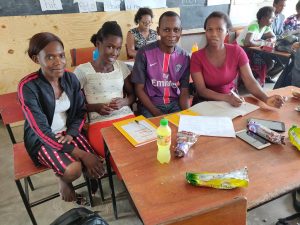 Karonga District youth being trained as advocates for nutrition

The difference between our nation’s birth days, for instance. When Malawians celebrate their independence on July 6, what they are celebrating is very different from Canada Day or the Fourth of July. Malawians are celebrating their independence from colonialism. In talking with Malawians, I have to recognize that has never happened here. The vast majority of indigenous peoples in Canada haven’t yet regained self government, much less the fifty-six years of it that Malawians have. In both Canada and the U.S., we’re celebrating the consolidation of a colonial state. It’s not at all the same kind of “independence”.

I was a young woman during the anti-apartheid movement of the 1980s and 90s. Before Malawi, I believed the main difference between Canada and South Africa was that white Canadians are generally good people, and white South Africans must generally be bad people. During my two visits to South Africa, that myth crumbled. In reality, the main differences have more to do with the density and value of these two countries’ natural resources, the density of the indigenous populations, the ways indigenous peoples have been used to extract those resources, or been pushed aside — and the greater political and economic participation that indigenous people in South Africa have now. The residues of corruption and violence remain there, but are now more evenly felt by both white and black citizens. 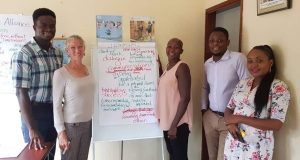 As I worked with Malawian colleagues to benefit the poorest and most vulnerable people in their country, supported indigenous leaders of young organizations, encouraged their empowerment within older, G7-led NGOs, the situations of indigenous people in Canada and my ignorance about them both became palpable.

It’s now the end of July and I’m sitting beside a small lake in southwestern Quebec, at a cottage savouring precious time with my sister and niece. Sitting here in the early morning, looking out over this beautiful lake to the forest beyond, I wonder: Who used to live here? Where are their descendants now? What are their circumstances?

Two years ago, this would have been an idle musing, insubstantial. It doesn’t feel that way this morning.

This is as far east as I will be this summer. After these few days, I will very, very slowly start making my way back to the west coast, taking three months to do so. It’s time to have a good, long look in the mirror. 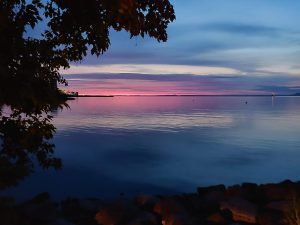