From the outside, from the inside

After a short time of arriving in Lilongwe, I noticed that I was not really seeing black people in the same way I saw white people. I find it embarrassing to write about this, but there was a way in which the vast majority of the black people I saw and came in contact with seemed vaguely amorphous, part of a large, anonymous group, different than me, and somehow less than. I wasn’t seeing them as people with whom I could be in relationship, or as my equals. It was as if we co-existed in parallel, but different, worlds. 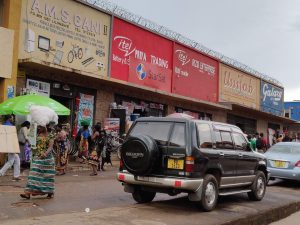 White people, on the other hand, and white women in particular, really stood out to me. When I saw a white person on the street or in a store, my brain said, “There’s someone like me!” Which, when I reflected on it, was a very strange thought, given that I knew nothing about this other white person. I didn’t know their nationality, what language they spoke, their politics, their religion, their job — nothing. And yet some part of my brain was telling me I had an affiliation with them. During my first few weeks, I often found myself wanting to wave or nod at them (and did that on a couple occasions). Later, I occasionally had a white stranger do that to me, likely because they were going through that same experience of feeling out of place.

This sense of distance from black people sometimes also came with a sense of danger. Walking down a quiet street, and passing an unsmiling black man, I would find my brain making stories about him resenting me, feeling anger towards me, judging me. 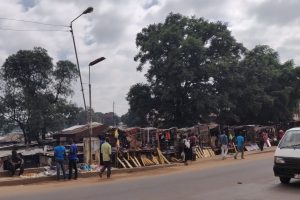 Once I learned a few words of Chichewa, I took to defying these stories in my head. As I passed a serious-faced black person, I would say, “Muli bwanji?” (How are you?) Almost always, the face of the man or woman I was passing would light up with a surprised smile, and they would look at me and greet me in return. I, in turn, would feel happily surprised at the effect of my sparse linguistic skills. My ideas about who this person was would be suddenly transformed. We would pass each other with more joy in our hearts. 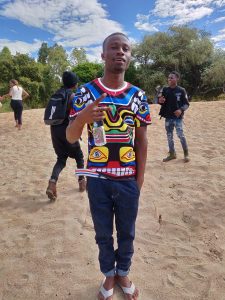 I had a similar experience when I visited Nsanje, a town in the very southern tip of Malawi that is repeatedly the brunt of flooding and cyclones. In search of a lodge where we could stay, our driver took my colleague and I in a white SUV (me, the white woman, in the backseat) down the busy, noisy market street, through a tightly packed crowd of people buying and selling their wares. With lights coming from shop fronts or strung along booths, and loud music blaring from the many CD-burning shops, they almost seemed to be having a party. Yet inside the vehicle I felt threatened and intimidated by the noise and people. I knew this would not be a place I would ever want to come by myself; there was danger here.

After our meeting with the District Nutrition Coordinating Committee, I spent the next day walking through town, browsing the shops and restaurants, lounging at the side of the river with some locals, and being transported by dugout canoe across the river to visit with three men farming land in Mozambique. That night, only twenty-four hours later, I happily walked through that same market, surrounded by the same noise, music, lights, and people. This time, not barricaded in a machine, I could feel the community, the resourcefulness, the life energy of this place. I felt honoured to be there, to be welcomed into that experience.

These shifts from feelings of fear and intimidation to feelings of connection, recognition, and relationship might never have happened. It would have been easier for me to stay behind gates and inside vehicles; to shop at the big stores instead of the markets; to talk with everyone in English rather than learn Chichewa. I could have afforded to do that, and my fears, unexamined, could have inhibited me and justified my actions. 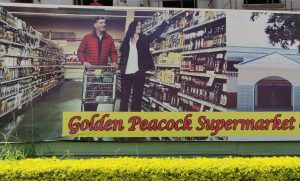 It isn’t just me, of course, who’s been well instilled with racial stereotypes. During a road trip with two of my colleagues only a few weeks after I’d arrived, we attended a debate among aspiring members of parliament in a small community along the lakeside. I was seated next to a village headman who was delighted to meet me. He treated me as if I were the executive director, rather than a new volunteer five weeks into my placement. I realized through this and other experiences that if I wasn’t careful, I could easily usurp attention from my much more knowledgeable, experienced, and capable colleagues, people who had worked in the field of nutrition, community organizing, and advocacy for years. Just because I was white, and perhaps older, many people wanted to see me as a leader and expert when I wasn’t. I had to be sensitive not to abuse that unearned privilege.

These mental and emotional projections and stereotypes became vivid for me during my time in Malawi, but they didn’t just appear there, suddenly, out of nowhere. These are beliefs, attitudes, and judgements that I was raised with, steeped in. They’re part of a larger culture and belief system that we all inhabit.

In the face of systemic racism and inequality so enormous and entrenched that change can sometimes seem hopeless, I’ve come to believe that perhaps the most important action I can take is to see other people as full human beings: To look in another person’s eyes, and really see them; to sit with someone in their grief, pain, and anger; to take joy in their resourcefulness and victories; to listen to their opinions and perspectives with respect and curiosity, willing to learn; to have compassion for both them and myself; to experience each of us as fully human beings. I know that these simple yet radical human interactions have changed me. 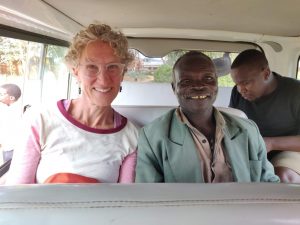 One of the challenges of that, of course, is that the people with whom we could have those interactions and conversations may not be in proximity with us. They may live in very different communities or parts of the world. That is not an accident. There is even more physical separation between us with COVID-19.

Fortunately, there are many other ways we can expose ourselves to the voices, perspectives, and experiences of black and indigenous people. I’ve listed a few below that have most influenced me. I would welcome receiving your recommendations, too.

Dr. Tracy Bear, Indigenous Canada, University of Alberta and Coursera (Free online course: Canadian history as it was never taught in my school, including an explanation of the relationship between the fur trade and why Canada isn’t part of the United States.)

Ta-Nehisi Coates, Between the World and Me (open letter to his son)

Legson Kayira, I Will Try (autobiography)

In May 2019, Malawi president Peter Mutharika claimed victory in an election that was later found by the courts to have had “widespread systemic irregularities”, and in which, even with those irregularities, the ruling party only obtained 38% of voters’ support, not enough to legitimately claim victory under the Malawi Constitution. On June 23, Malawian voters ousted Mutharika, and brought in president Lazarus Chakwera and vice president Dr. Saulus Chilima to widespread acclamation and celebration. This is the first time in the history of any African country that a mandated re-election has resulted in the incumbent being deposed. If you’re interested, I’ve posted some photos and videos of the celebrations (scroll to the end).